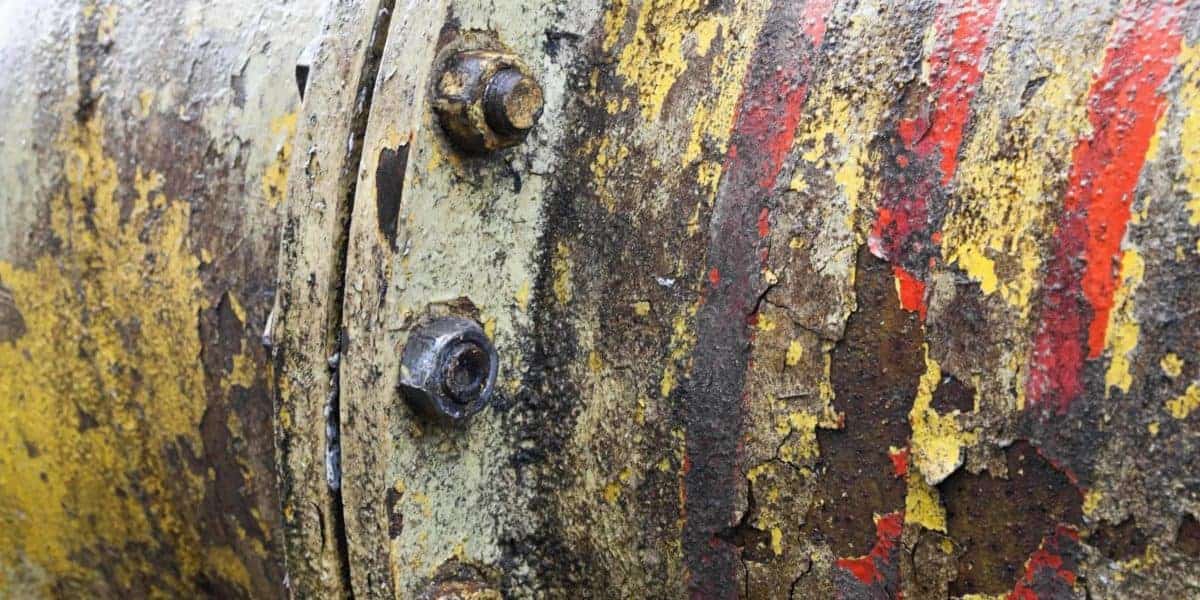 Galling, or damage to fasteners that can inhibit their movement and effectiveness, is one of the most frustrating things that bolted flange joint assemblers will run into in the field.

Unfortunately, there are many misconceptions about why galling (or what some call “cold welding”) occurs. Thankfully, there are several things you can do to prevent galling.

This article will explain…

By the end, you’ll understand the basics of galling and have learned alternatives to help you eliminate galling through proper practices.

“…galling is form of surface damage arising between sliding solids distinguished by microscopic, usually localized, roughening and creation of protrusions, i.e. lumps, above the original surface.”

The basic idea behind galling is that the metal from one surface ends up becoming part of the other surface. Galling occurs frequently when two metal surfaces slide against each other and high contact pressure builds.

As shown in the image above, galling can occur on any of the metal surfaces involved in bolting, from the bolt itself, to the nut, to the flange face.

(Related: See other great resources for learning the fundamentals of bolted flange joint assembly and design.)

There are many theories about why galling occurs. Not all of them are true.

Here are a list of the most commonly cited culprits. We’ll identify which are true, which are false, and hopefully end some conspiracy theories along the way.

Proper anti-seize compounds are the best way to prevent galling between mating surfaces. A typical anti-seize compound contains about 60-70% solids. At high temperatures (about 400 degrees F), the remaining oil burns off, leaving the solids to protect from galling.

Anti-seize should be applied through the entirety of the thread surfaces, so that when the nut is rotated to the flange, a bead of lubricant “squishes” out the bottom of the nut surface (as shown in the image below).

Use of Spray Film Lubricant

We DO NOT recommend using this lubricant. It doesn’t give you a consistent K-factor, which will negatively affect your bolt preload, and it does not have enough solids to sufficiently prevent galling.

Nickel is not a great lubricant for bolted flanged joints in petrochemical applications, because nickel is a metal. Remember: In applying pre-load to a fastener, an assembler is essentially grinding metal on metal. Adding in another metal (nickel) can actually worsen the situation.

What you really want is a mineral to act as a barrier between the contact and mating surfaces. Molybdenum Disulfide is a mineral and will help prevent galling better than a nickel anti-seize.

NOTE: With the friction and high temperatures seen during torque and operation, Nickel anti-seize creates nickel oxide, a very hard particle that will actually scar the material.

These are often the worst offenders for galling. Some believe this is due to their having a softer material and high alloy content. We don’t have great information showing stainless steel fasteners being more susceptible to galling, but we see it a lot in the field.

These fasteners typically have an outer coating (like PTFE) on the outside of the initial protective oxide coating to provide corrosion resistance. However, if you read our PTFE article you will see that the nuts have been drilled to allow for a greater thread allowance between the nut and stud to accommodate the coatings.

NOTE: You should always lubricate PTFE coated studs because at preloads of 30,000 psi or more, the coating will tear off and you will lose your corrosion resistance. Applying anti-seize to the fastener will help protect the stud.

We have seen no correlation between high-speed or slow-speed torque and galling, so long as the fasteners have had the proper amount of anti-seize applied.

There’s no good data that shows whether fine threads or coarse threads are more prone to galling. What we do often see, however, is that coarse threads are typically used in places where proper amounts of anti-seize are not used (such as structural steel applications).

How to Prevent Galling

The number one thing you can do to prevent galling is to properly apply the anti-seize to the thread surfaces where the anti-seize fills the entire fastener valleys.

We have an example below in the video of what proper lubricant application should look like:

Another way you can prevent galling is to tension (instead of torque) the studs. Then they won’t see the friction inherent in torque and will be less susceptible to galling.

What is “Fake” Galling?

“Fake” Galling happens more than most assemblers would like to admit.

Most of the time, galling occurs on large fasteners (two-inch studs or larger) that are attached to large flanges (plates that are 5 inches or thicker).

It’s due to elastic interaction. This is what happens when you drop the load on one fastener — the other fasteners actually see an increase in bolt load.

What happens next? Most of the time, you’ll put your wrench on the second stud — and find it doesn’t move. The immediate reaction is that the fastener has galled. That’s fake galling in action.

Here’s how to prevent fake galling:

As we discussed earlier, to avoid galling you’ll want to stay away from spray lubricants and nickel-based anti-seize. However, you must ensure that the anti-seize compound that you are using is safe for your application.

Remember: PTFE-coated studs (either Xylon(R) or Teflon(R)) are good for corrosion resistance, but they do not have a good K-factor. You should add anti-seize when assembling them, so long as doing so won’t contaminate the process.

Lubricants That Do Work

Hex Technology has seen that a good molybdenum disulfide lubricant is the best for petrochemical applications. We have had success using these in other industrial settings as well.

A Comprehensive Guide to Bolt Lubricant

A Guide to K-Factor

PTFE Coated Studs: Do They Work?